It seems that no one can run away from the wrath of world-famous Malaysian netizens, not even when you turn off the comments section on your Social Media. International Trade and Industry Minister (MITI) Dato’ Seri Mohamed Azmin Ali found out the hard way following his official visit to Austria as despite turning off the comments section of his Facebook and Twitter, Malaysians redirected their ‘attack’ on Austria’s Digital and Economic Affairs Minister instead.

Azmin Ali recently went on a trade mission to Austria to explore growth areas for bilateral trade and investments which has been well received by his Austrian counterpart. The Austrian Digital and Economic Affairs Minister, Margarete Schramböck then took to Facebook to share photos of Azmin’s visit and it then become flooded with comments from Malaysian netizens.

The Austrian Minister must’ve been perplexed as to how her comments section turning into a platform for Malaysians to vent their frustrations at Azmin Ali. As of the time of writing, the Facebook post have over 7,500 comments and 2,600 shares, almost all of which are originating from Malaysia. In fact, most of the comments are even written in Bahasa Malaysia, even though Schramböck wrote the post in German.

“Don’t trust him. If your country has a volcano, throw him inside. You won’t just save one country, you will also save all the nations. Thank you.”

Okay, we understand that emotions may run high with the alarming Covid-19 situation in Malaysia, but this remark is really uncalled for. Nevertheless, it seems a lot of people found this comment entertaining as it received 2,300 likes.

Meanwhile another commenter received over 2,100 likes for his claim that Azmin is the worst minister in Malaysia and hoped that Schramböck would ‘school’ him or even take him forever to Austria.

Another commenter was rather apologetic and quite polite by firstly apologising to Schramböck for disturbing her Facebook status before clarifying his anger for Azmin. The commenter said that because Azmin has turned off the comment section of his social media, people can no longer criticise him.

He then warned Schramböck to not waste her time to negotiate with a ‘useless minsiter’ and also claimed that Azmin’s ministry is the reaason why so many companies in Malaysia are going bankrupt. Furthermore, he said that Austria is better off investing in Malaysia after the General Election is held so that they can negotiate with a better leader. 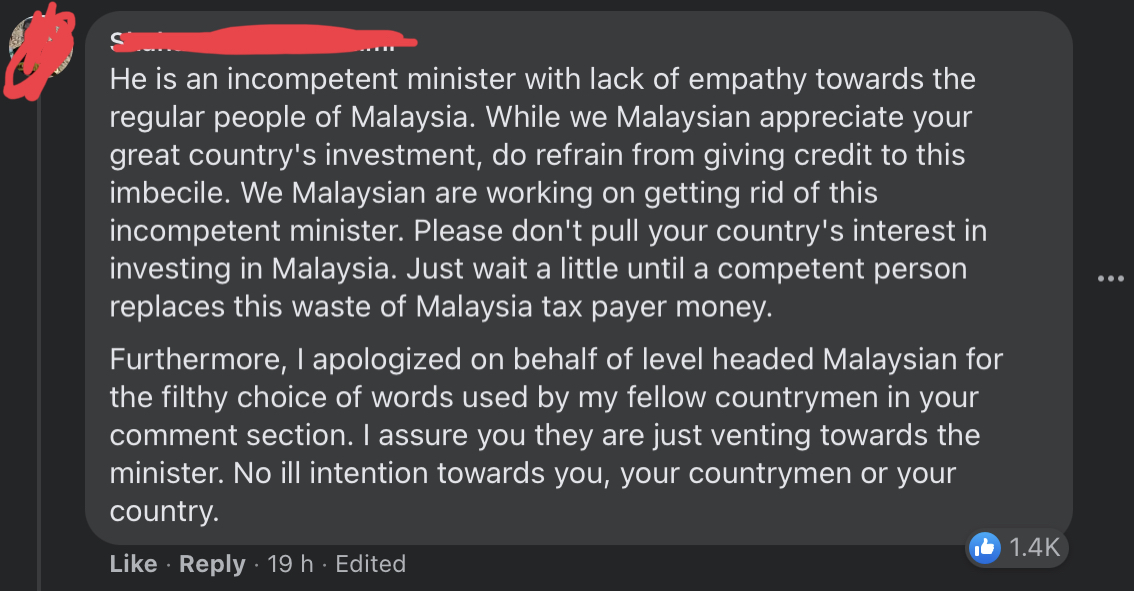 Another popular commenter, this time with over 1,400 likes was equally polite and even apologised to Schramböck for the ‘filthy choice of words’ used by the other comments and that they are only venting their frustrations on Azmin and have no ill intention towards her. The comment then elaborated that the reason why Malaysians are angry at Azmin is because of alleged incompetency as a minister and hoped that Austria would refrain from giving credit to the ‘imbecile’.

What do you guys think of the attacks by Malaysian netizens on Azmin Ali on another country’s Minister’s Facebook post? Do you think it’s inappropriate and would put a bad name on Malaysia? Or do you think it’s justified? Share your thoughts with us in the comments. 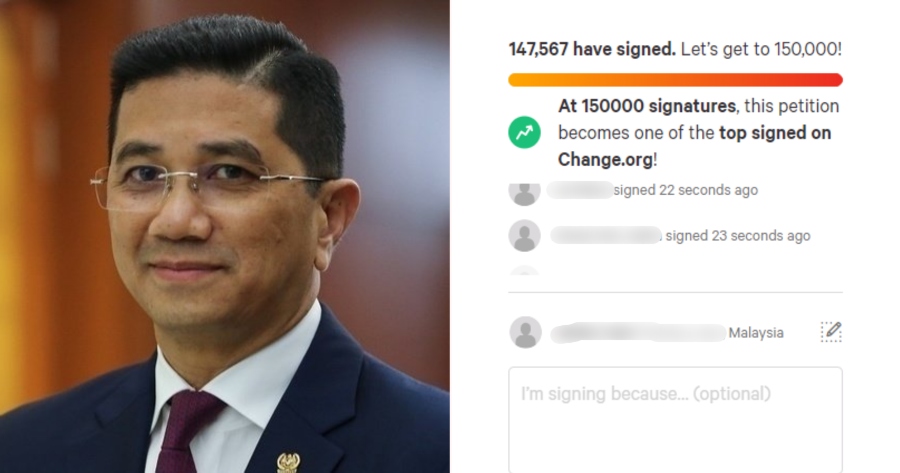 Tags:
Ali, Austrian, Azmin, Flood, Kari, Ministers, Msians, Sembang, Warn
Newer Here’s why you may want to consider UVC lamps as a tool to disinfect your home
Back to list
Older Grand Seasons Hotel KL Turns Into Transit Homes For People In Need

END_OF_DOCUMENT_TOKEN_TO_BE_REPLACED

Foodbanks have become a big part of the #KempenBenderaPutih movement going around the country. Through the existence of these food...

END_OF_DOCUMENT_TOKEN_TO_BE_REPLACED

When we were kids, our parents would always find a way to get us to do chores or behave well by giving us some sort of reward. The ...

END_OF_DOCUMENT_TOKEN_TO_BE_REPLACED

According to a Berita Harian report at the time, Selangor health director Datuk Dr Sha'ari Ngadiman said the product was belie...